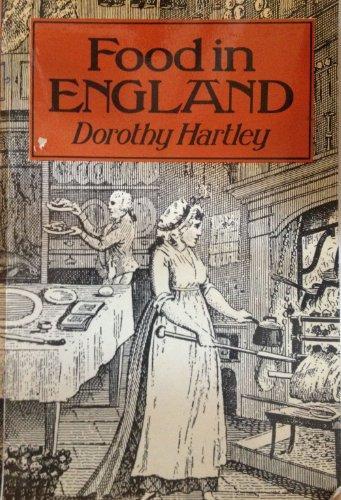 Food in England (1954) by Dorothy Hartley

Dorothy Hartley (1893–1985) was a social historian, skilled illustrator, and prominent author. She attended Nottingham Art School and later returned there as a teacher. Her books cover six centuries of English history but she’s best known as the author of Food in England. Still in print it’s been described by Delia Smith as, ‘A classic book without a worthy successor – a must for any keen English cook.’

In 1954 Michael Eaton was born in Sherwood. From his grandfather he inherited the complete works of Charles Dickens, and later adapted Dickens for theatre and radio. An award-winning dramatist Eaton is the writer behind the TV drama-documentaries Why Lockerbie, Shoot to Kill and Shipman, and original dramas including Signs and Wonders and Flowers Of The Forest. He has written several plays for Nottingham Playhouse including Charlie Peace – His Amazing Life and Astounding Legend and was Visiting Professor in the School of Creative Writing at Nottingham Trent University.

Country Dance is another of Morris’ light stories of the English countryside. The locations are alive with nature providing an enriching influence on the characters as they respond to the season and their cycles of life. After her first novel was rejected, Morris sought advice from the eminent writer Lionel Britton, who urged her to base her next work on something she really knew about. From then on, village life and nature provided her with the inspiration she needed.

Novelist Eric Malpass (1910-1996) was a household name in Germany (and across Europe), regularly topping the bestseller lists with his humorous and witty descriptions of rural England and family life. Malpass worked in Long Eaton for Barclays Bank for four decades. Encouraged by winning the Observer Short Story Competition in 1955 he left the bank to try to make it as a writer and his first novel followed two years later, winning Palma d’Oro in Italy for the best humorous novel of the year. He also wrote historical fiction as well as a trilogy of novels about Shakespeare, and other books including a novel based on the life of Notts-born Thomas Cranmer. Malpass lived close to his roots in the Midlands for all but the last few years of his life. He was President of the Nottingham Writers’ Club.

Philip Callow’s debut novel is set in Nottingham and the Hyson Green area. Full of strong working-class, self-educated bohemians, its style is influenced by Lawrence, of whom Callow was a great admired and later wrote a biography Son and Lover. The autobiographical story has its protagonist Louis mixing with a range of well-defined characters. A Nottingham bookseller claimed one such character was based on him, and threatened to sue for libel for depicting him as someone who peddles under-the-counter pornography. Under this threat the novel was withdrawn and remaining copies were pulped. Thanks to Nottingham’s Shoestring Press, The Hosanna Man is now back in print.

In 1956 Willis Hall (1929-2005) spent eleven days at sea on a trawler to gain first-hand knowledge of the life of fishermen for his story Harvest of Sea. Hall was an English playwright and radio and television writer whose writing drew on his working-class roots. His is best-known for his stage adaptation of Billy Liar co-written with the book’s author Keith Waterhouse. Hall penned the play The Long And The Short And The Tall set in British Malaya. After returning from Malaya he directed the then unknown John Dexter in a Nottingham YMCA production of Antigone. Hall moved from Nottingham to London in 1959.