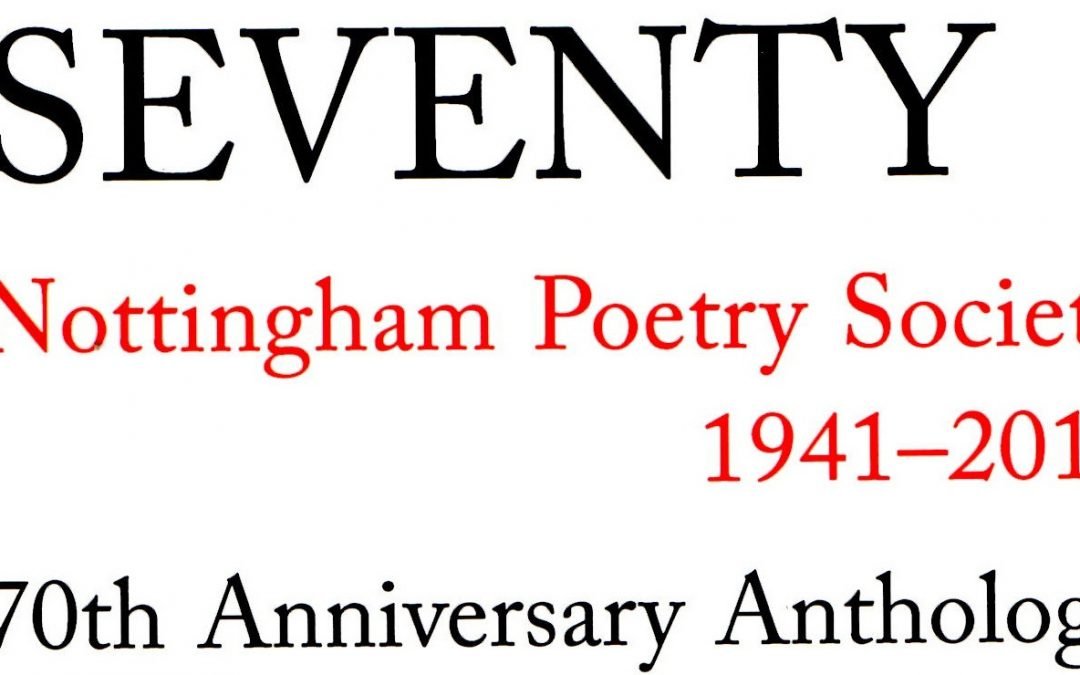 A Great Adventure by Muriel Hine

Muriel Hine (1873-1949), the daughter and granddaughter of important Nottingham architects, wrote several works of popular fiction, some of which are set in Nottingham, or Lacingham as she names it. One of these, set in the 1880s, is A Great Adventure. Based on Hine’s childhood, the story features her family home on the corner of Oxford Street and Regent Street (not far from the Playhouse). There is a plaque on the wall. For more on Muriel Hine I recommend that you read Exploring Nottinghamshire Writers by Rowena Edlin-White.

Following Germany’s invasion of Poland, war is declared with Germany by the United Kingdom and France. Nottingham at War by Clive Hardy & Nigel Arthur (1987) is a pictorial account of Nottingham between 1939-45.

To Church on Sunday by Geoffrey Palmer (1940)

Edwinstowe born Geoffrey Palmer (1912–2005) was a member of Edwinstowe’s well-known Rabbitt family. Educated in Notts he became a teacher here until becoming a Conscientious Objector in the war. Forming his own small theatre group, he soon met his partner, the actor Noel Lloyd. Palmer’s only adult novel, To Church on Sunday, was published by Chapman and Hall in 1940. He went on to have a prolific writing career with Lloyd. Their books consisted of adventure and ghost stories as well as many works of non-fiction. In the early 60s they wrote three children’s books set in the Sherwood Forest area (Edwinstowe becomes Edwinston). Palmer later returned to teaching before retiring to become a bookseller.

Immediately after Nottingham entered World War II cinemas across the country were forced to close their doors and become dark. That suspension was lifted after the importance of keeping the cinemas open was realised. At this time two more screens were being built in Nottingham, taking our number of separate cinemas up to 52, a record high (to this day). It was in 1940 that Sunday openings were permitted for the first time despite concerns that Sabbath screenings would harm the moral fibre of the population and reduce the number of churchgoers.

Slavomir Rawicz escaped from a Russian gulag camp in 1941. He was one of seven escapees that made their way from Siberia to British India, by way of China, the Gobi Desert, Tibet and the Himalayas. This incredible journey was told in the 2010 film The Way Back and, earlier, in Rawicz’s ghost-written book The Long Walk. The memoir is an epic tale of physical and mental resilience; a 4,000-mile walk, living off the land in a harsh environment. By the time he was rescued Rawicz weighed just 5 stone. After the war he settled in Nottingham, one of thousands of Polish people to make a life here. He worked as a school handicraft and woodwork instructor, and a cabinet maker, later to be employed by the Nottingham building and design centre, before becoming a technician at Trent Poly (Nottingham Trent University). His wife Marjorie, a librarian who had helped with the book, assisted ‘Slav’ in answering the many letters he continued to receive from admirers. The Long Walk, never out of print, has sold half a million copies.

It was about nine o’clock one bleak November day that they key rattled in the heavy lock of my cell in the Lubyanka Prison and the two broad-shouldered guards marched purposefully in. (from The Long Walk)