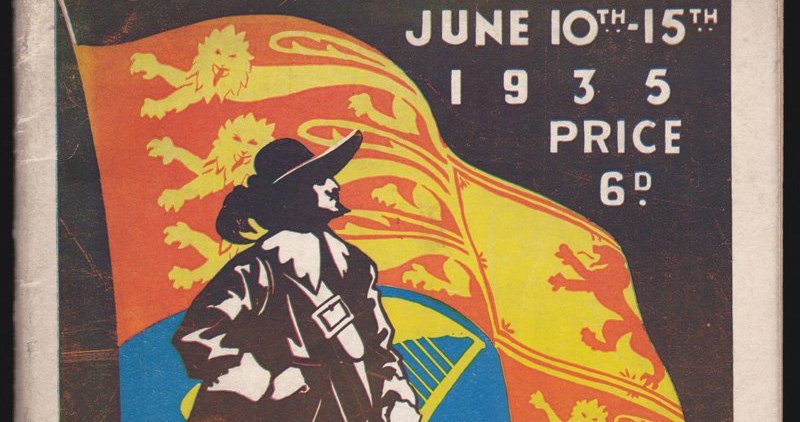 Nottingham born Katharine ‘Mollie’ Morris was 23 years old when she wrote New Harrowing, decades before she penned most of her light stories set in England’s green and pleasant land. The daughter of a lace manufacturer and his artistic wife, the family lived in a small country house in Blesaby. Morris took advice that ‘each character should speak with his or her own individual voice’ and that she should write about the village where she lived. That advice helped her first book achieve publication by Methuen in this year. It was received with some acclaim both in the UK and the United States. Morris became known as a novelist of the English countryside.

The Ritz Cinema on Angel Row was completed and opened in 1933. The opening film was The Private Lives of Henry VIII starring Charles Laughton. It was re-named Odeon in 1944 and also hosted live performances with the Beatles, Roy Orbison and Buddy Holly all appearing live. By 1964 it became the first cinema in the United Kingdom to be split into a twin-screen venue with two modern curtain-walled auditoriums. The upper Odeon 1 opened with The Sound of Music whilst the Odeon 2’s first showing was Mary Poppins – somebody was a fan of Julie Andrews. The Odeon had six screens by the time it closed for good, in 2001.

Bows Against the Barons by Geoffrey Trease (1934)

A children’s classic, Bows Against the Barons has been called ‘a seminal work of socialist literature for children’. The rich and poor clash in medieval England, yes, it’s a Robin Hood tale, in which a young lad from Nottingham is made an outlaw for killing one of the king’s deer. His fight against injustice is aided by the commoners’ great leader. Robin Hood and his band of rebels stand against the elite – in Trease’s hands they are not on the King’s side – in this radical telling of the story.

Everything in the forest was sacred to the King. To fell a tree was a crime, even to cut a branch. … As for shooting one of the deer!… Only in the forest would he be safe. …Fold said it was full of outlaws, old soldiers who had no work, escaped serfs and men who had broken the law… (from Bows Against the Barons)

Helen Cresswell was born in this year. Cresswell created hundreds of stories for children during a 45-year career. A former student at Nottingham High School for Girls and a member of Nottingham Writers’ Club, Cresswell inspired generations of young readers with her mix of comedy and mystery. The character Lizzie Dripping in among her best-known no doubt helped by its TV adaptation. Her best-known book is Moondail (1987), also a BBC TV series.

Walter Brierley was born over the border in Derbyshire but the teenage colliery worker used his Miners’ Welfare Scholarship to apply to study at Nottingham University College. He returned to mining but was made redundant in the early 1930s. His first book Means-Test Man has been called ‘one of the most powerful and original novels of that decade’ and a ‘key work of working-class literature’. The novel draws on his first-hand experience of unemployment and poverty. Its title stems from the trauma of having to deal with a dreaded means-test when out of work. We follow the lives of Jack and Jane Cook and their young son. To get welfare help, families needed to establish that they had no other possible sources of income. The means-test man would check their most private circumstances in humiliating ways. It has parallels with today’s government/outsourced ‘interviews’. Means-Test Man was republished by the Nottingham based Spokesman Books in 2011.

The Nottingham and Nottinghamshire Historical Pageant took place in the summer of 1935. Nottingham was suffering from the economic downturn of the time with unemployment and low wages producing poor living standards. The pageant was held to raise money for the local hospitals and for promoting the city both economically and socially. Despite poor weather, the pageant proved successful with 53,600 people paying for admission to Wollaton Park, many of the visitors being from outside Nottingham. There was a stylish handbook produced, subtitled ‘The Peerless Story of Nottinghamshire’s Glory’. Events were also held in the city centre.