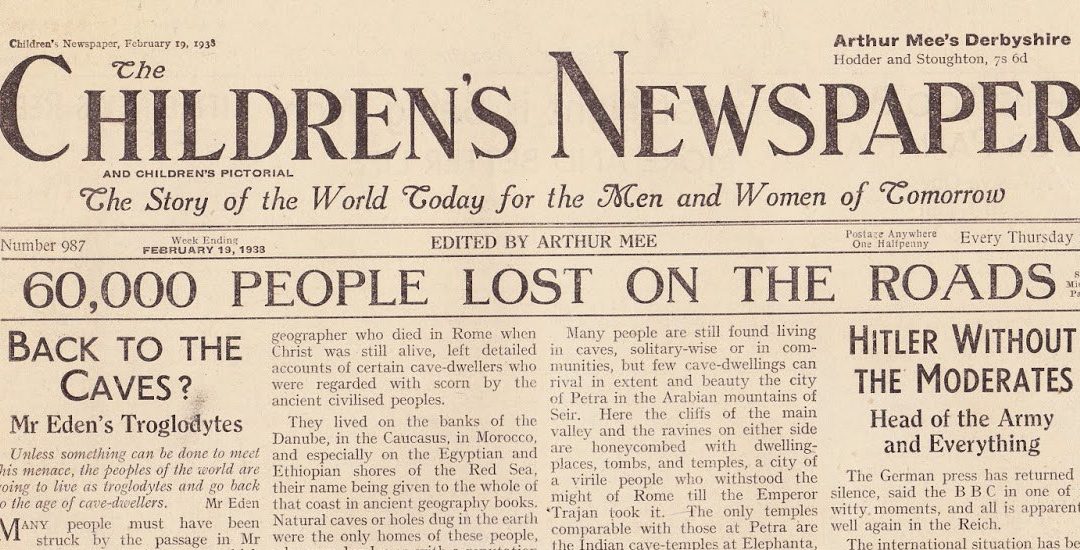 Pandemic 1918: The Story of the Deadliest Influenza in History by Catharine Arnold (2018)

In the wake of the war, which took 18 million human lives, the Spanish flu pandemic killed up to 100 million more (250,000 in Britain), making it the deadliest natural catastrophe of modern times. Nottingham author Catharine Arnold’s book, Pandemic 1918, uses previously unpublished records, memoirs, diaries and government publications to uncover the human side of this 1918 horror story.

July 1st saw one of Britain’s worst wartime disasters, an explosion at the ammunition factory in Chilwell in which 139 people were killed. Canary Child by Alan Dance and David Field is based on this event. The book is a supernatural mystery drama in which an embittered divorcée has a strange encounter with the apparition of a girl who claims to have died in the explosion at the shell-filling factory.

Arthur Mee launched The Children’s Newspaper, designed to keep young people up to date with the latest in world news and science. Originally priced at 1½d it was designed to look like an adult newspaper, which it did.

Stanley Middleton was born in Bulwell. An author of 45 novels (at a rate of almost one a year) he wrote about the lives, frustrations and ambitions of Nottingham’s (he called the city Beechnall) middle-class professionals. Middleton studied at University College, Nottingham, and went on to have a long and successful teaching career at his old school, High Pavement. It was during his years teaching English that he wrote many of his books, including his Booker prize-winning Holiday.

Privately printed in 1920 (published commercially in 1921), Women in Love was considered by Lawrence to be his masterpiece but it was met with disgust upon its release. A sequel to The Rainbow, we continue to follow the stories of Ursula and Gudrun Brangwen. Their love lives and emotions are used to prompt much philosophical discussion about emotion, as the meaning and value of relationships is explored through Lawrence’s experimental techniques in a story that resembles a Greek tragedy. Critics at the time failed to see Women in Love as it was, a sharp response to a culture and world in crisis at the hands of ‘progress’.

When Constance Penswick Smith (1878–1938) learned of the American Anne Jarvis’s plans to introduce Mother’s Day into the UK, she was alarmed. Smith felt that this would detract from the religious significance of the tradition of Mothering Sunday and so devoted the rest of her life to campaigning for the re-establishment of the more traditional observance. Smith founded the ‘The Society for the Observance of Mothering Sunday’ and, in 1920, she published The Revival of Mothering Sunday.