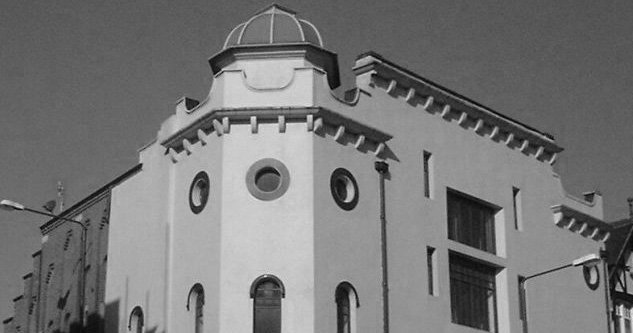 God the Known and God the Unknown by Samuel Butler (1909)

Samuel Butler was born at the rectory in the village of Langar, near Bingham. God the Known and God the Unknown, a philosophical work of Butler’s, was published posthumously in this year. First serialised in The Examiner, the author discusses many topics, including spirituality, the existence of God, pantheism, and Orthodox theism. Though anti-Charles Darwin, Butler was not anti-evolution, and he rightly thought that Darwin took much from his grandfather, the Notts-born poet Erasmus Darwin, a man Butler had more time for.

Mankind has ever been ready to discuss matters in the inverse ratio of their importance, so that the more closely a question is felt to touch the hearts of all of us, the more incumbent it is considered upon prudent people to profess that it does not exist, to frown it down, to tell it to hold its tongue, to maintain that it has long been finally settled, so that there is now no question concerning it. (from God the Known and God the Unknown)

The son of a wine merchant, Geoffrey Trease was born in 1909 in Chaucer Street, in the Arboretum area. Trease was educated at Nottingham High School where he was head boy, leading to a scholarship to study Classics at Oxford, only to leave after a year to focus on his writing. At one time, Trease had more books in print than any other British author. His many titles included children’s books, novels, autobiography, criticism and historical studies, such as Portrait of a Cavalier, the life of the duke who built Nottingham Castle.

Fortuna Chance was James Prior’s last published work (he left two unpublished manuscripts). Prior used the Leen, Erewash and Trent Valleys as his locations, populating them with everyday characters struggling to make ends meet, often contrasted with those of a different class, background or politics. Fortuna Chance is the heroine of this sectarian story which begins in 1725 and is full of rebellion. Keen readers might recognise the Miller & Carter Sherwood Forest pub (also known as Halfway House and Seven Mile Inn).

To the south-east is the ancestral domain of the Byrons and the green valley backed by the hills of Arnold and Mapperley; to the south the park of Annesley, a long incline open to the sun. (from Fortuna Chance)

Nottingham’s first purpose-built cinema, the Victoria Electric Palace, opened on Milton Street in 1910. The 500-seat venue was enlarged several times, becoming the Moulin Rouge in 1960. In 1967 the Krays attended a screening, as did Elizabeth Taylor and Richard Burton the following year. Glamour, Stephen Lowe’s semi-autobiographical comedy play, was set in this Moulin Rouge era. The venue closed in 1970 and was later demolished.

Also opening this year was Pringles Picture Palace. Renamed Goldsmith Picture House two years later, it closed as a cinema in 1941 and became the Little Theatre, taken over by the (then) new Nottingham Playhouse in 1948. The first Playhouse theatre in Nottingham was recently home to Spanky Van Dyke’s eatery and bar. The building is now looking for new tenants.

D. H. Lawrence’s first novel went through three rewrites over five years before being published by Heinemann in 1911 as The White Peacock, having had the working title Laetitia after the narrator’s sister. That narrator is Cyril Beardsall but the landscape is the better character and the damage the industrial revolution was having on Nethermere/Eastwood. There are plenty of Notts references.

Be a good animal, true to your instincts. (from The White Peacock)

Born in 1911, William Golding is perhaps best-known for his 1954 novel Lord of the Flies, widely studied in many a Notts school. Exploring the savage side of human nature Lord of the Flies follows a group of adolescent boys stranded on a deserted island.

University of Nottingham Professor Paul Crawford is the author of Politics and History in William Golding: the world turned upside down (2002). This book provides a politicised and historical reading of William Golding’s novels as a counter to previous, universalising criticism.