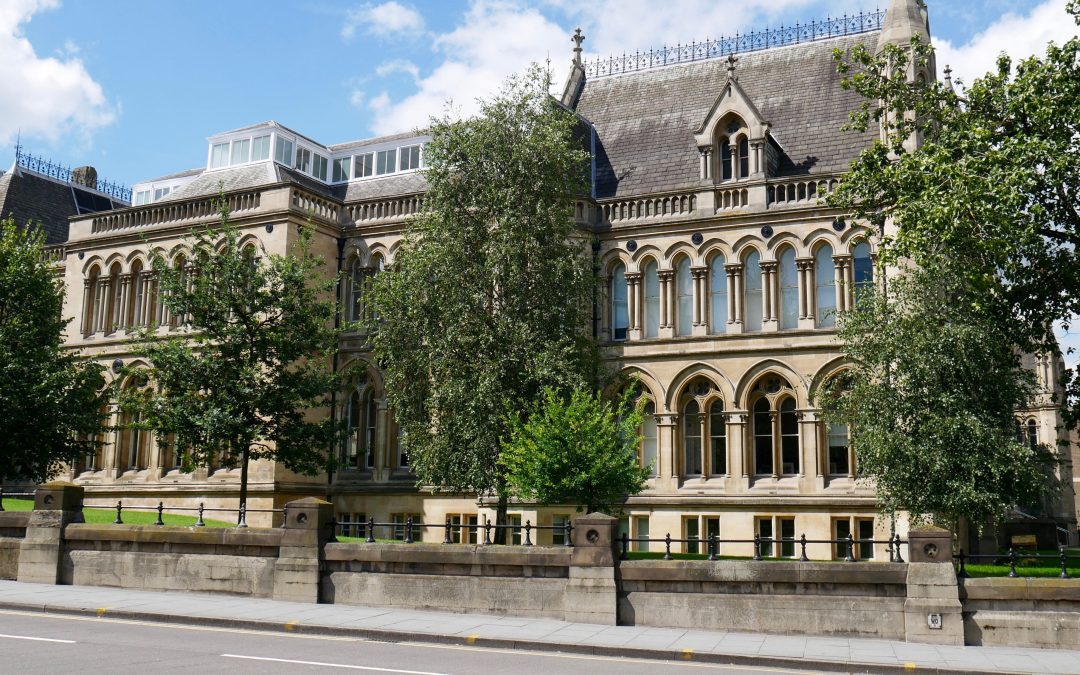 The Rector of Clifton’s The Clifton Book (Nottingham) was published in Nottingham by Henry B. Saxton. Recording a thousand years of local history it was compiled by the Notts born writer, clergyman and animal rights campaigner Francis Rosslyn Courtenay Bruce (1871-1956).

Having been an uncertificated teacher at his local chapel in Eastwood, a twenty-one-year-old D. H. Lawrence took up a two-year teacher training course at University College, Nottingham in 1906. ‘The big college built of stone,’ at which Lawrence attended, is now NTU’s Arkwright Building. Lawrence was critical of his education here, writing that his professors ‘went on in such a miserable jogtrot, earn-your-money manner that I was startled… I came to feel that I might as well be taught by gramophones… I doubted them, I began to despise or distrust things.’

Lawrence did admit to gaining maturity from the experience, and it was during his time at University College that he began to write Laetitia later to become The White Peacock.

He was assessed as being ‘well-read, scholarly and refined.’ Whilst his professors thought he’d ‘make an excellent teacher of upper classes,’ they added, ‘but for a large class of boys in a rough district he would not have sufficient persistence and enthusiasm.’

The big college built of stone, standing in the quiet street, with a rim of grass and lime-trees all so peaceful: she felt it remote, a magic-land. Ursula Brangwen’s view of University College, from D. H. Lawrence’s The Rainbow (1915).

Gods and Heroes of the North by Alice Zimmern (1907)

Nottingham born Alice Zimmern was a writer, translator and suffragist whose books made a big contribution to the debate on the education and rights of women. Gods and Heroes of the North published by Longmans, Green and co. tells of the Gods worshipped by our English ancestors.

When the Angles and Saxons invaded Britain and gradually spread their rule over the greater part of this island, they brought with them their own customs and religion. (from Gods and Heroes of the North by Alice Zimmern)

Dudley Dexter Watkins (1907-1969) came to Nottingham as a three-year-old and spent his formative years here. A student at Nottingham’s School of Art, he went on to illustrate the Scottish comics The Broons and Oor Wullie. He also created strips for The Beano, The Dandy and The Beezer, drawing characters such as Lord Snooty and Desperate Dan. Whilst working on the D. C. Thompson comics Watkins was the only artist allowed to sign his work.

The Children’s Encyclopedia originated and edited by Arthur Mee (1908)

Stapleford-born Arthur Mee was a journalist at our Post and our Express, and he edited our Evening News. The founder of the Children’s Encyclopedia, Children’s Newspaper, Children’s Shakespeare and Children’s Bible, he produced over a million words a year. The son of a militant non-conformist, Mee refused an honorary title several times during his life.

His Children’s Encyclopedia broke new ground in its approach to education, aiming to make learning interesting and enjoyable. With clearly-written articles it intended to develop character and a sense of duty.

It is a Big Book for Little People, and it has come into the world to make your life happy and wise and good. That is what we are meant to be. That is what we will help each other to be, Your affectionate friend, Arthur Mee. (from The Children’s Encyclopedia).

The present Albert Hall was built in 1908 (after the first one was destroyed by a fire). The new hall was dedicated in March 1909 and a year later it was officially opened by Lady Florence Boot. This new Albert Hall Methodist Mission was built in the style of an Edwardian Theatre or Music Hall and, in the practice of temperance halls, concerts and other ‘suitable’ events were permitted to be staged in the building.