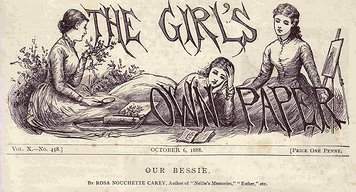 The daughter of a lace-maker, Lucy Helen Yates was born in Basford. She wrote for The Girls’ Own Paper, offering fiction and advice on housekeeping and cookery. One of her many books, The Management of Money, was published in 1903. It was a handbook of finance for women. Yates was a suffragist who lectured on ‘The Financial Independence of Women’, advising women to read the money column in the newspapers.

Baroness Emma Magdolna Rozália Mária Jozefa Borbála “Emmuska” Orczy de Orci (better-known as Baroness Orczy) struggled to find a publisher for her novel The Scarlet Pimpernel so she rewrote it as a play. This was first performed at Nottingham’s Theatre Royal in 1903 where it received a lukewarm reception. However, the play’s stars, Fred Terry and Julia Neilson, had confidence in the play and, with a rewritten final act, took it to London’s West End to some success. This led to the novel’s publication in 1905, a book of influence on the mystery genre, arguably creating the ‘masked hero’ prototype: often a person of wealth with an alter ego who operates in the shadows. Zorro, Batman and other heroes have followed our Pimpernel’s lead.

Anne Gilbert’s Recollections of Old Nottingham was based on a lecture she had given three years earlier to a Nottingham literary society. In the book, Gilbert described Nottingham as it was in the 19th Century.

J. M. Barrie’s Peter Pan,  or The Boy Who Wouldn’t Grow Up premiered in this year at the Duke of York’s Theatre in London. Nina Boucicault took the title role and Gerald du Maurier played Captain Hook.

During his time in Nottingham, J. M. Barrie lived at 5 Birkland Avenue and worked for the Nottingham Journal on Pelham Street. He was a member of the Nottingham Sette of Odde Volumes, a literary society that met fortnightly on Victoria Street to discuss and read literature. Barrie was said to have been moved when made an honorary member of the group co-founded by John Potter Briscoe.

John Potter Briscoe, Principal Librarian of the Nottingham Free Public Libraries from 1869 to 1916, wrote many books on Nottingham, including Bypaths of Nottinghamshire. Potter Briscoe was an original member of the Library Association and a leading figure in the development of professional librarianship. He extended Nottingham’s services to provide books especially for children, giving birth to the Nottingham Library for Boys and Girls.

‘The Hemlock Stone’ at Bramcote is one of the enigmas of the County, not only to the rank and file of its inhabitants but to the generally well-informed portion of our community. (from Bypaths of Nottinghamshire)

The sister of the writer Henry Septimus Sutton, and daughter of a publisher/bookseller Richard Sutton, Mrs. Eliza S. Oldham died in this year. Oldham was author of The Haunted House (1863) and By the Trent (1864), the latter being an award-winning novel set in a fictionalised Nottingham.

Upon the river the wind rode, and with playful hands turned back the ripples, and carved them curiously, and whipped their edges softy into foam. (from By the Trent)